The Anime that should have been.

That’s the first thing that came to mind after the first 10 minutes of the first episode. And this:

The obvious tie-ins with Pokemon Red and Pokemon Blue’s 20th Anniversary and Pokemon X and Pokemon Y’s release last fall aside, how the existing Pokemon Anime series SHOULD HAVE been done is laid out in this four-episode special.

Good Arceus, this show was AWESOME. If you don’t like the Anime starring Ash but you are a fan of the original Pokemon games, you owe it to yourself to watch this. It’s available on Hulu/Hulu Plus right now.

I give it a 10/10 for reminding me of why I fell in love with Pokemon in the first place:

#150: Mewtwo Type: Psychic The Genetic Pokemon Height: 6’7″ Weright: 269 lbs. It was created by a scientist after years of horrific gene splicing and DNA engineering experiments.

The final battle in the series, it’s Mewtwo as I envisioned it in the video games in all its glory. I’m proud to say in all SEVEN instances I battled Mewtwo, I never used the Master Ball. Why? Because only the unworthy would dare use the Master Ball after going through the Elite Four. Oh and yes Mewtwo appears in seven games: Red, Blue. Yellow, FireRed, LeafGreen, X and Y. You wanna know the REAL reason the Special Stat was split after the first gen? Mewtwo is why =O

Those who skipped the first gen, try to picture this: Mewtwo learns Amnesia at level 81, which after the first Gen just boosts a Pokemon’s Special Defense by two levels. Try to imagine a Pokemon with an already MONSTER combined Special stat (345-370 without using Calcium but caps at 420 with Calcium) basically using Calm Mind (boosts both Special Stats by one level) twice in the same turn.

Now try to imagine trying to beat Mewtwo after it uses Amnesia just ONCE in Red/Blue/Yellow. After using it once, it can OHKO everything except Chansey, Snorlax, Hypno and Jynx. In the first gen, only Electrode and Jolteon are faster than Mewtwo but even if you successfully get a Thunder Wave off, you still have to deal with the fact Mewtwo can sweep your whole team after using Amnesia. More so if it has Recover. Did I also forget to mention Mewtwo can learn almost every TM there is?

I used to run this rotation back in the day with my Mewtwo: Psychic, Blizzard, Thunderbolt and Fire Blast. Easily sweep everything that moves. If I want to deal with Chansey and Snorlax I’d replace Fire Blast with Submission. Hopefully now you get the idea. Mewtwo was the original UBER Pokemon and five gens later, Mewtwo is still a force to be reckoned with.

Moving on, I loved Giovanni’s portrayal as well:

He plays his role as Red’s nemesis very well. Again, how I envisioned Giovanni in the current Anime series. It’s not until they battle in the Viridian City Gym that Giovanni remembers the thrill of battle. In the above picture, Red challenges Giovanni in Silph Co. and Charizard gets 3-shotted by Giovanni’s Nidoqueen. In their Gym battle, Giovanni uses Rhyhorn and Rhydon.

As I mentioned at the top there is a tie-in with Pokemon X and Pokemon Y: 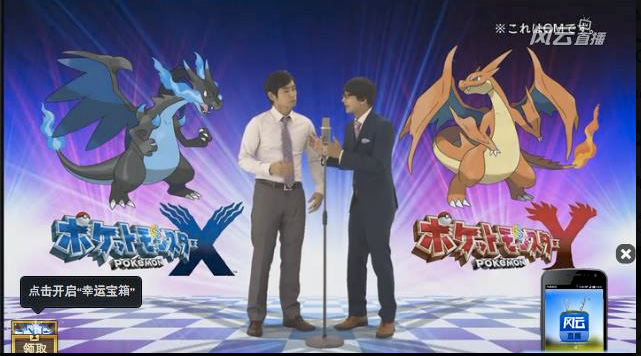 Those with X and Y already know this but which version of Mega Charizard you get depends on which version you have. I have both myself so…yeah. Mega Evolution is shown off during the battle with Mewtwo. Unlike normal evoliution, Mega Evolution is not permanent. In the games, only one Mega Evolution per trainer is allowed per battle. If the Mega Pokemon faints you can’t Mega Evolve it again in the same battle.

Whew…all I can really say is it’s a shame the current Anime is all most kids know about Pokemon. Those of us who grew up playing the games or collecting the trading cards were pretty lucky!