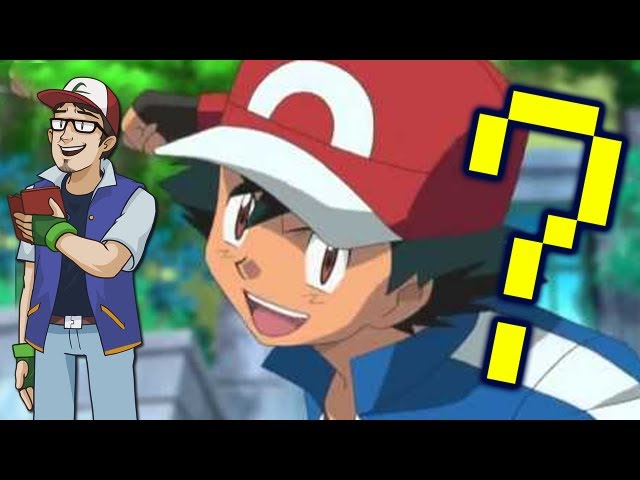 Or at the very least, Ash Ketchum is long overdue to be aged up into adulthood. It’s at the point it’s no longer pheasable to overlook the fact hasn’t aged at all since the Pokemon TV series premiered in 1996 (1997 in the U.S.). His design has changed but he hasn’t actually aged despite the fact seven years have passed since he first became a Pokemon Trainer: He was 10 when his story began and spent a year in each region he visited so he’d be 17 now.

This is actually a bit unusual for an Anime series that has run for so long even though it’s marketed to kids: Naruto was marketed to kids, too but those same kids who grew up watching Naruto continued on when Naruto grew up as well in the followup series Naruto Shippuden. Same with Goku in Dragonball and Dragonball Z.

It’s become pretty clear with certain plot choices as of late The Pokemon Company is running out of ideas to keep the attention away from the fact Ash has never aged: A possible Ash x Serena pairing that until now was strictly fanon (just like Ash/Misty, Ash/May, Ash/Dawn and Ash/Iris) was teased in the epissode that aired two weeks back in Japan: In the episode, Ash gets sick and faints in Serena’s arms, causing her to blush. While Celmont and Bonnie leave to find medicine for Ash, Serene takes care of him. She even steps in for him when a Pikachu trainer comes looking to battle Ash. At the end of the episode the impression is made there might be some feelings of more than friendship between them. This episode had alot of people talking because of the implications for Ash and Serena. Of course, I digress: Unless it is revisited, it will have to be dismissed for now.

Anyway back to the main topic. The biggest thing is his age is never brought up and hasn’t since the first season. As for how they could do it now, it would be a two-step process. First, there’d be a movie involving a much older Ash meeting up with all the friends he met over the years reminiscing about all the stuff they did as kids.

For the series, it would be a two-part episode that would take place at the end of the Kalos League: Ash returns home feeling a little burnt out. Delia (his mother) tells him she has tickets for a trip around the world and would like him to go with her. Ash almost says yes but then declines, saying he’s gonna prepare for the next league.

That’s when Professor Oak, Gary and Tracey (remember HIM?) walk in and say they confirmed “everyone” will be able to make it in two days’ time. Ash asks what’s going on and Delia explains she got enough tickets for all of the friends Ash made on his travels over the years. Not only that, it sounds like all of them will be able to make it to Pallet Town so they can leave together. The only person who is unconfirmed is Ash. That’s when Gary drops one more bombshell: Brock and Misty are already in town.

Ash meets up with his longtime friends and they catch up on old times. Brock asks Ash if he’s excited about the trip they’re going on and he admits he’s still undecided. Misty tells him after all the hard work his mom, Professor Oak and even Gary put into getting everyone together, the least he should do is consider their feelings. Ash says he’ll announce his decision in the morning and heads home. Unable to sleep, Ash wakes up and goes outside to get some fresh air. While walking around he runs into Gary, who heard from Brock Ash hasn’t made up his mind yet. Gary’s annoyed given how much work went into their travel arrangements. He then challenges Ash to a Pokemon Battle. One Pokemon each. Ash is about to accept when he realizes he left all of his Pokemon at home. As luck would have it, Ash’s Charizard suddenly arrives from Johto. Part 1 ends here.

In Part 2, Gary sends out Blastoise and the battle is set. Ash’s Charizard has the upper hand due to its training and dominates Gary’s Blastoise despite the type disadvantage. That’s when Gary announces he has a trump card and Blastoise mega evolves. Charizard isn’t fazed at all. When Ash notices his Mega Bracelet reacting, he realizes why. Charizard then mega evolves into Mega Charizard Y and takes out Mega Blastoise, but just barely. Gary is impressed, saying Ash has drastically improved as a trainer.

The next morning, Ash announces he’ll go with everyone. The trip around the world takes longer than expected: It lasts 3 years. When he returns to Pallet Town, Ash is now 17 years old (he’s 14 when he left). While Ash was away, Jessie and James were summoned by Giovanni back to the Rocket HQ to undergo training for their new role: Capturing Legendary Pokemon. Thanks to the years they spent traveling the world chasing Ash, Team Rocket was able to pinpoint the locations of several Legendary Pokemon. The pair gain several new Pokemon due to their new training and for the first time, Jessie and James both have six Pokemon.

I would call the new series Pokemon Champions. Pokemon Battles took a backseat during Ash’s 3 years away. In the 2-part pilot episode, Jessie and James attack Professor Oak’s lab hoping to get intel on location of the Legendary Birds. Ash is at a disadvantage and gets floored as Jessie and James have vastly improved as trainers. Thanks to the timely arrival of his friends, Team Rocket is forced to retreat. Ash laments, saying he can’t believe his skills have rusted this much during the last three years to have lost to Jessie and James. Professor Oak tries to console him, saying it’s clear Team Rocket have simply improved as trainers during his absence. He then suggests if Ash feels like he needs to brush up on the basics, he should enter the Indigo League again.

Ash agrees, deciding to set off in a day or two for Viridian City. Ash asks Brock and Misty if they’d like to accompany him for old times’ sake and they both decline, saying they want to get themselves ready for their rematch with him at their respective gyms. Clemont says he wants to get back to Luminose City and check on the Gym. Bonnie tells her brother she wants to travel with Ash now that she’s old enough to become a Pokemon Trainer and have her own Pokemon. Clemont is a little surprised but agrees it will be a good experience for her. Max chimes in, saying he got his first Pokemon before they left and he’d like to travel with Ash, too. Ash agrees, asking if anyone else wanted to come. To everyone’s surprise, Gary Oak says he would like to go with Ash.

In Part 2 of the pilot, Gary explains he was reminded of something important when they battled 3 years ago. He was reminded that even though he had the advantage of having the #1 authority on all things Pokemon as his grandfather, it was nothing compared to the determination and commitment Ash had to keep trying no matter how many times he failed. This was part of the reason he decided to change professions to research: He knew Ash would one day achieve his dream of becoming a Pokemon Master. Now, he wants to be there to help him do it. Professor Oak is impressed given they were fierce rivals back in the day but feels it might also be helpful to have an expert travel with Ash to help Max and Bonnie. He then asks Ash, Bonne and Max to come to his lab the following morning.

The next day, Oak and Gary are there to give Bonnie and Max a Pokemon to start their adventures with. Bonnie picks Bulbasaur while Max Picks Charmander. Gary asks Ash if he’s going it alone with Pikachu as usual or if he’ll take other Pokemon. Ash decides to take 5 other Pokemon in addition to Pikachu: Totodile, Snivy, Bulbasaur, Oshawott and Quilava. They’re starter Pokemon spanning four regions and he’s decided to give a shot at evolving them. in Kanto. It already helps Bulbasaur can evolve at any time. Gary comments the Fushcia City Gym has a new leader and the Cinnabar Gym was moved to Seafoam Island after it was destroyed by a volcanic eruption. When Ash asks about the Viridian City Gym, he says he forgot there’s a new leader of that Gym too but they will only battle someone who collected the other badges first.

…Whoops, looks like I let my imagination take over there. I’ll just convert my head canon into a Fanfic at some point. LOL XD

Anyways, Ash has certainly matured as a trainer especially since the Sinnoh League. The time to reboot the anime series is after the Kanto League.