…We’re gonna kick this bad boy off with a BANG.

The song is titled Sync and is by the group LOL.

Combined with the animated footage, it sets the tone for the plot of the third arc of the Anime (which I won’t spoil here). It’s a nice fusion of pop and hip hop. The anime itself premiered earlier this year as well. You can watch it on Crunchyroll (still in progress).

Runner Up: One Punch Man

The Song is The Hero !! by The JAM Project

I know what you’re probably thinking: “How in the holy hell did Saitama NOT win this category?!”

The truth is this was in the running for Best AMV AND best Fight Sequence in addition to Best OP. I decided to give all three categories to others but I did want to give OPM some love off the bat. Besides, you WILL see Saitama mentioned for sure in at least one other category ^_^

…This concludes Best OP 2016. On to the next category: 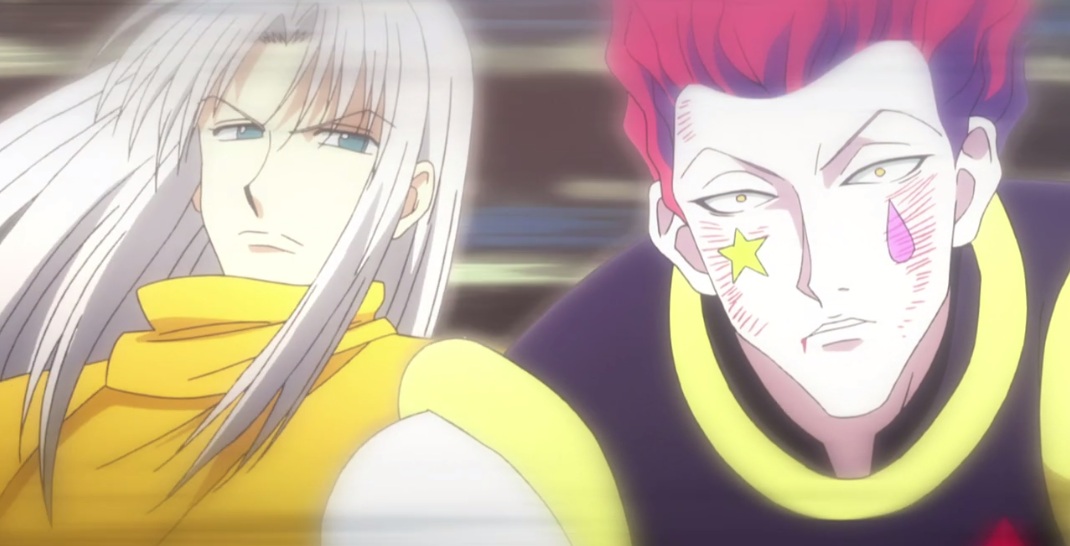 I recently watched the 2-episode fight as it aired on Toonami. Without spoiling the outcome, Hisoka breaks down what happened after the fight while being treated for the injuries he sustained in the fight. I chose this fight as this year’s winner simply because of the buildup, how it ended and the explaination afterward.

I don’t want to give anything away so I’ll leave it at that.

For those who don’t know, Sasuke challenges Naruto to one final battle after they seal away Kagura. The battle, which spans several episodes ends in a draw with Naruto and Sasuke losing an arm each (Tsunade uses the cells of the 1st Hokage to grow a new arm for both of them later).

…This concludes Best Fight Scenes of 2016. On to the next category:

…While it goes without saying Mikazuki is one cool dude, he’s also a lose cannon. He’s got a 2-track mind: Fighting and Orga though he is working on socializing a bit more. He doesn’t hold much of an interest in anything outside those two areas. It’s very….WEIRD for the lead protagonist. That’s the best way I can think of putting it. LOL.

…Those who read my review of the anime knows I watched the whole series earlier this year. Kuroko’s quite the interesting basketball player. He uses his lack of presence to become invisible on the court. He’s become so good at it, he can literally hide in plain sight. LOL.

The main reason I did not give Kuroko the win in this category is because he will be mentioned in at least one other category.

The Anime is 5 minutes per episode yet there’s alot going on in each one. The anime is a satirical version of Nobunaga’s campaign. The story focuses on Chidori, a child ninja and her dedication to serving her naster, Nobunaga Oda. Chidori is very skilled despire her young age but she’s simple-minded and clueless outside that. This makes for some interesting interactions with basically everyone.

…For those who are wondering, he’s pointing at the fake horns she’s holding.Maoyu (Japanese for Demon King) almost won this category but didn’t because there is a method to her madness. Everything about her from the opening episode leaves you baffled. She clearly has both the skills and the willingness to advnacne human civilization in the name of peace. Despite being labeled the eneny of humanity, it turns out she doesn’t hate humans after all. In fact, she wants to champion peace between humans and demons. LOL.

Next up: Best Romance, Best Romantic Scene and Best Couple!