The Kamoshida Arc just wrapped up this week. Those familiar with the video game Persona 5 (PS3 and PS4) knows the mechanics and storyline around the entire Arc. Like the Persona 4 anime, with P5A the focus is on the main storyline. The reason is because otherwise you’d be looking at a season per Arc. The Kamoshida Arc spanned four episodes though it seems there will be coverage of the Metaverse, which is actually super important at the end of the game. Persona 5’s Palaces are remenicisent of the TV World in P4 while the Metaverse is remeniscient of The Tartarus in P3.

Also like P4A, Social Links will at least be touched on in P5A. Still, it’s worth pointing out that P5 is a MASSIVE game. No key story details have been omitted from the four episodes I’ve seen so far (I haven’t seen Episode 5 yet as of this writing) despite the MASSIVE amount of stuff that needed to be covered. 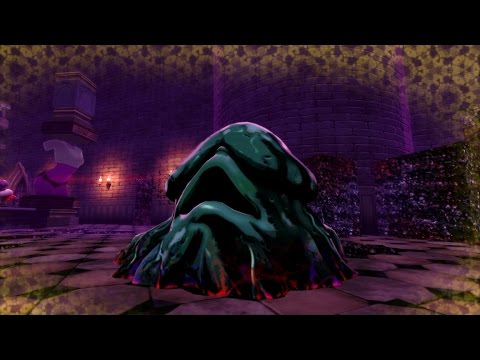 One encounter cut for obvious reasonsfrom Kamishida’s Palace in P5A is the Phantom Thieves’ running into “The Torn King of Desire” (pictured), which is part of the Persona Mara (who is a fuseable Persona). It was obviously left out because it looks like a giant penis (There is another Persona that looks like a giant vagina as well). Ann’s “OMGWTF?! O_O” reaction in the game matches that of any one male or female who may not have encountered Mara before in a previous Persona or Shin Megami Tensei game. No way in hell they would’ve been able to get away with including this in P5A (LOL!).

By the way, Kamoshida is based on actual incidents involving Japanese Educators using their position to abuse their students. Folks need to keep in mind Teachers in Japan are actually well respected and are given the benefit of the doubt when accused of wrongdoing. It’s not like in the U.S. when an accusation is enough to end someone’s career. This is how some Japanese Educators have gotten away with blatantly violating their students in the worst ways imaginable, often for years. Some of their victims end up taking their own lives in despair. So, yeah. Kamoshida’s Arc hit home for many in Japan. People like him have made national headlines in the U.S. though in Japan, it’s much easier for them to hide in plain sight.

I will provide another update after the next arc or two has aired in their entirety. You can catch Persona 5: The Animation on Crunchyroll.