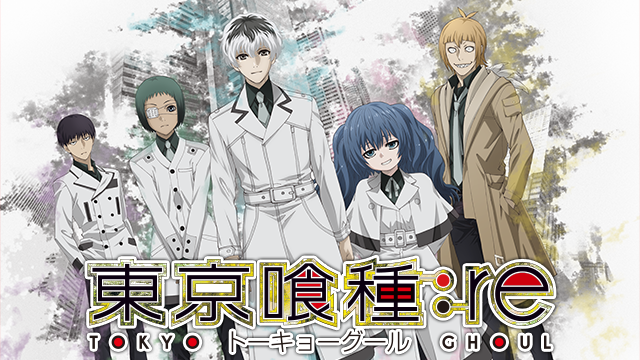 So firstly on this anime I would like to say that I’m absolutely in love with this anime.

WARNING BIG SPOILERS if you have no seen the anime yet i suggest you go watch it before reading this review. There is currently 6 episodes and it airs every tuesday.

Tokyo Ghoul re: starts out two years after the CCG’s raid on Anteiku. The creation of a special team, known as the Quinx Squad, may provide the CCG with the push they need to exterminate Tokyo’s unwanted residents. As humans who have undergone surgery in order to make use of the special abilities of ghouls, they participate in operations to eradicate the dangerous creatures.  (weird when you think about it since they made ghouls in order to destroy them right.)

Anyway now for that short but sweet paragraph. This review is about one of my all time favorite anime’s .

Ken Kaneki aka Haise Sasaki is a First Class Ghoul Investigator, the mentor of the Quinx Squad and a member of Team Mado. Haise’s duties are overseen by Akira Mado and Kishou Arima.

Now keep in mind that Haise Sasaki is still Ken Kaneki. (Wish they didn’t change him) . Haise is on a path of regaining his memories of Kaneki but he is scared too. (Wait for episode 6 and 7) The end of episode 6 show a little bit of promise for us Kaneki lovers out there)

This image is from episode one of season 3  and i can say i fan girled through the series so far. (I want the bad ass Kaneki back)

Other than Kaneki-kun being Haise Sasaki i can say so far i am liking them both A LOT.

I can say in the above image was when Haise and Touka met for the first time in 2 years since Kaneki became Haise and yes i know this is still confusing how Haise Sasaki is Ken Kaneki. In this scene though Haise goes to the coffee shop that this season is named after and when he steps in he instantly loves the aroma of the coffee. (I was crying like a little baby with this part.)

For the next character in this series that i absolutely love is Juuzou Suzuya. 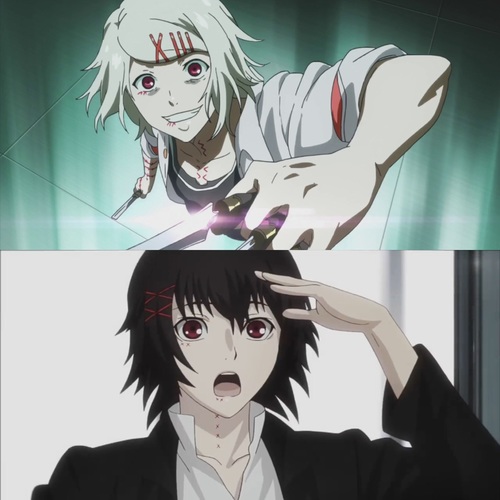 I can say in the previous series he was a pretty bad ass little dude lol. But with them changing up his hair color and us finding out about his back story I’m pretty sure some of us can relate to him.

After the two-year time skip of Tokyo Ghoul:re, Suzuya’s hair is dyed black, and he is the leader of his own squad. Juuzou is a Rank 3 Ghoul Investigator. He demonstrates maturity and even appears to empathize with ghouls unlike before. He is also far more invested in the welfare of his CCG coworkers, and has a particularly close relationship with Sasaki Haise.

Now that you know this tad little bit about Juuzou here is something that will blow your mind. 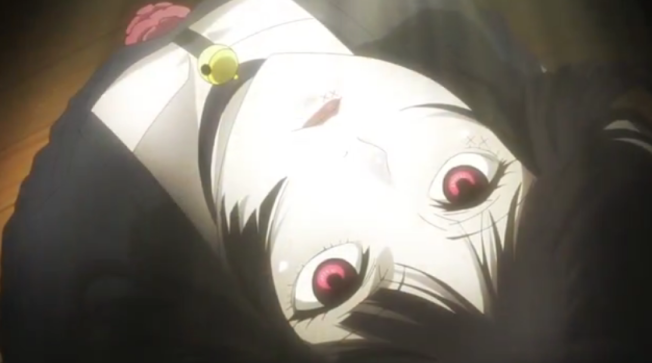 That infamous tilt of his but this time it is in an auction and he is going against ghouls of course but this i can say is the best trap ever in anime. Juuzou looks so cute like this but i can say he still looked cute as a guy.

Now since I don’t have a lot to say about Juuzou, I would love to introduce my main squeeze and he is my number 1 hottie for tokyo ghoul re:. 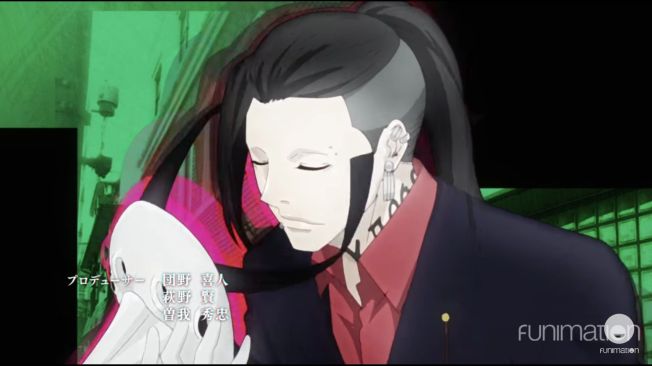 Here you have Uta, He is a supporting character in the anime (damn my luck). I can say now that this is his look for season 3 and well his previous look was pretty hott too. He has multiple piercings and tattoos on his body, making him look pretty intimidating, even as a normal looking human.

He’s also the one that makes Kaneki Ken’s mask for him in season 1 since he is a mask designer.

This image is where i fan girled hard time. He looks so sexy and so bad ass i couldn’t help myself. His hair is much longer than in the previous season which is normal for it taking part 2 years after the raid on Anteiku.

He has a very nice way of speaking and seems to be friendly. Although his expression almost never changes, he has an amusing way of teasing people.

As for the tattoo you can see on his neck it is Νεχ ποσσυμ τεχυμ ωιωερε, νεχ σινε τε.
Nec possum tecum vivere, nec sine te. —Martial, Epigrams XII, 46. As you can tell it is a Latin quote written in Greek letters which reads, “I can live neither with you, nor without you.”

He has a very nice way of speaking and seems to be friendly. Although his expression almost never changes, he has an amusing way of teasing people.

More SPOILERS: Uta was sadistic and savage from his youth, and though the narrative would have the reader believe he left those ways behind, it was not true. Once his affiliation with the clowns becomes apparent in the manga, it is revealed that he hasn’t changed at all – only gotten better at hiding it. Like all members of his organization, he revels in creating chaos and destruction. However, his personal motives are still unclear. 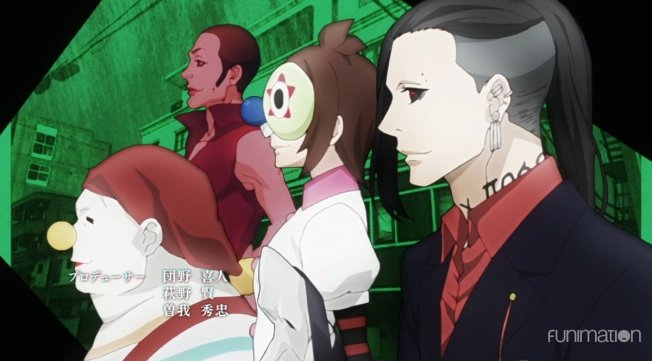 The last image i have inserted is also in the start of the opening credits were you get to see Uta and The Clowns.

Well since i have made this blog post pretty dang long and I’m sorry for that but i am in absolute love with this series. I highly recommend you watch the series from Season 1 and let me know what you think.