I’m gonna preface this with major spoilers for the end of Dragon Ball Super as well as the Resurrection F Saga so if you haven’t seen the series finale, you’ve been warned.

For those who haven’t seen the Resurection F Arc or the movie of the same name, Frieza is wished back to life by Shenron. Frieza is originally killed by Future Trunks at the start of Dragonball Z’s Androids Saga. Frieza trains in preparation for his rematch with Goku and Vegeta. Frieza admits to having never trained ever in his life but will make an exception for the sake of revenge. He gains a new Golden form similar to Super Saiyan but is ultimately killed again, this time by Goku.

…Now, let’s get to the interesting shared history Frieza has with both Planet Vegeta and Beerus. Beerus revealed when he’s first introduced in the God of Destruction Saga while talking to Whis he was the one who told Frieza to destroy Planet Vegeta. It is worth noting Frieza is arguably the second most powerful mortal being in the universe after Majin Buu and this was before he fought Goku for the first time. In the Tournament of Power, it was revealed Universe 11’s Jiren and Top were both more powerful than their universe’s God of Destruction.

A theory I have is Frieza may have been considered as a candidate as a God of Destruction. It’s already been clearly established Frieza has the power to destroy planets without much effort with his Death Ball technique. The technique destroys a planet’s core completely, triggering its immediate destruction. Namek didn’t explode right away because it wasn’t a clean break. Based on the line in the above picture, it’s obvious Frieza has at least heard about Beerus in detail before the events of Resurrection F from his father King Cold. Beerus knows he’s a loose cannon but clearly respects his power. More so given he resurrected Frieza for his role in securing victory for Universe 7 at the Tournament of Power. 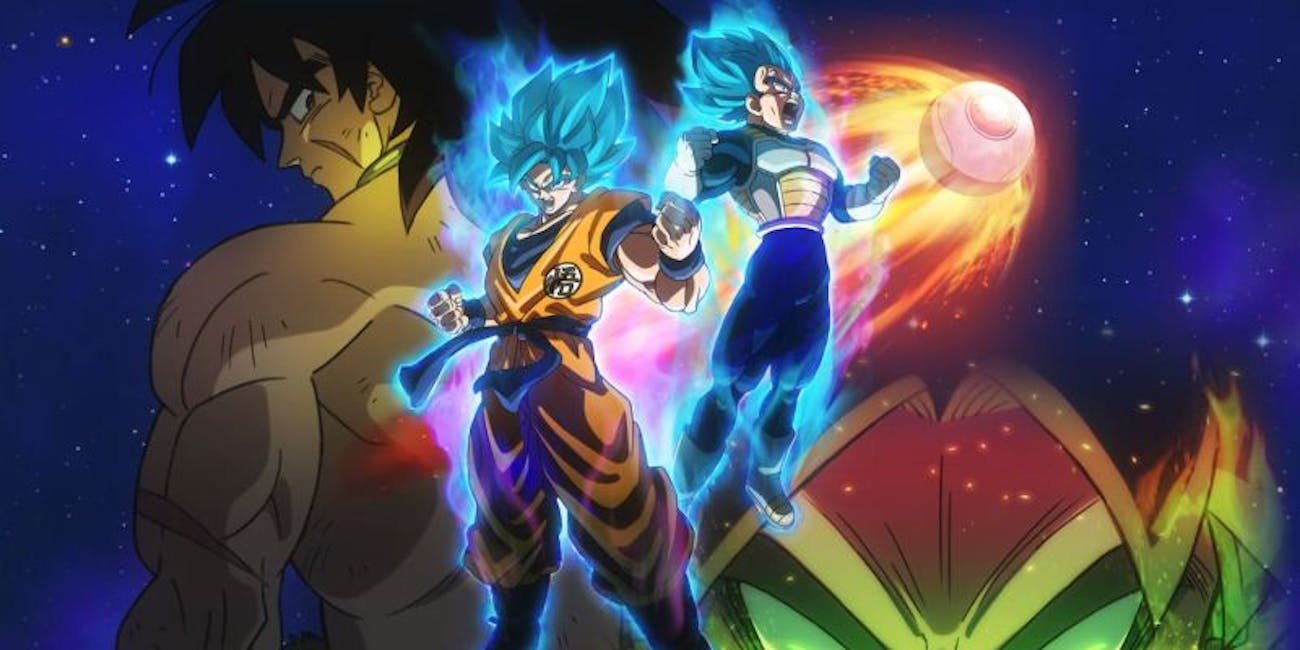 Goku, Vegeta and Broly have a shared history most already know: Goku and Broly were born on the same day while Vegeta is the son of King Vegeta, who orders Broly be executed in the original movie. In the new canon storyline, King Vegeta orders Broly be banished to a faraway planet. Shortly after that, Planet Vegeta is destroyed by Frieza.

In Dragonball Z, Vegeta states He and Vegeta are the only pureblooded Saiyans left in the universe. With Broly now being canon, this will be slightly retconned to “Everyone who was on Planet Vegeta died and only those who were away at the time survived”. We do know that Goku’s birth parents–Bardock and Gine–appear in the second trailer along with King Vegeta and Broly’s father Paragus. Goku’s brother Raditz was obviously offworld along with Nappa and Vegeta, who also survived their homeworld’s destruction. I do see this as opening the door to introducing more Saiyans in Universe 7 later on. More so given the Female Super Saiyan is officially canon as of Dragonball Super (Kale from Universe 6).

…Yeah, clearly the groundwork is being laid to introduce more canon Saiyans in Universe 7. Could be interesting and more so since we’ve already the “Evil Saiyans” storyline at the beginning of Dragonball Z. We have also seen the “Evil Saiyan comes full circle” storyline in Vegeta as well so…yeah. We will have to wait and see how things unfold!