…I damn-near cried during Rahptalia’s flashbacks in her title episode this week. Not just because it reminded me of my own emotional trauma but because of the outstanding storytelling.

For those who you who may not be following The Rising of The Shield Hero too closely, she is first introduced early on in the series. After Naofumi is screwed over by the King of Melromarc for the first time, he meets the Demihuman Raphtalia and buys her from a Slave Merchant. Since she’s a Demihuman, Raphtalia matures and grows quickly–I mean literally. She has the body of a young woman the third episode after she’s introduced to give you an idea. Bits of her past is revealed but it’s shoved aside to focus on the main plot and other things. When the King of Melromarc conspires to force Naofumi and Raphtalia apart, The Shield Hero falls into despair. That’s when Raphtalia lets him know she will stay with him no matter what even if the world conspires against them.

Fast forward to last week’s episode. With the crown princess Melty now with them, the group decides to go see the Queen. Along the way, their pursuers catch up to them and Ralphtalia comes face to face with Idol, the man who brutally tortured her and her friends not that long ago. Overcome with rage and anger–and rightfully so–she draws her sword, intending to put him down. Naofumi, Melty and Filo manage to talk her out of it. A short time later, Raphtalia leads the group into the dungeon where her former tormentor kept Demihumans locked away beneath his mansion. You know things were about to get super emotional when her PTSD started to kick in.

The group does find a few Demihumans still alive and frees them, one of which Raphtalia recognizes from her village. The childhood friend named Rifana that she shared a cell with before she was bought by the Slave Merchant was very sick the last time they saw each other. Rushing to the cell, she is overcome with grief to see only Rifana’s remains. If not for the friends she made since leaving, the pain and deespair she started to feel from Survivor’s Guilt–that’s a real thing by the way–probably would’ve broken her. 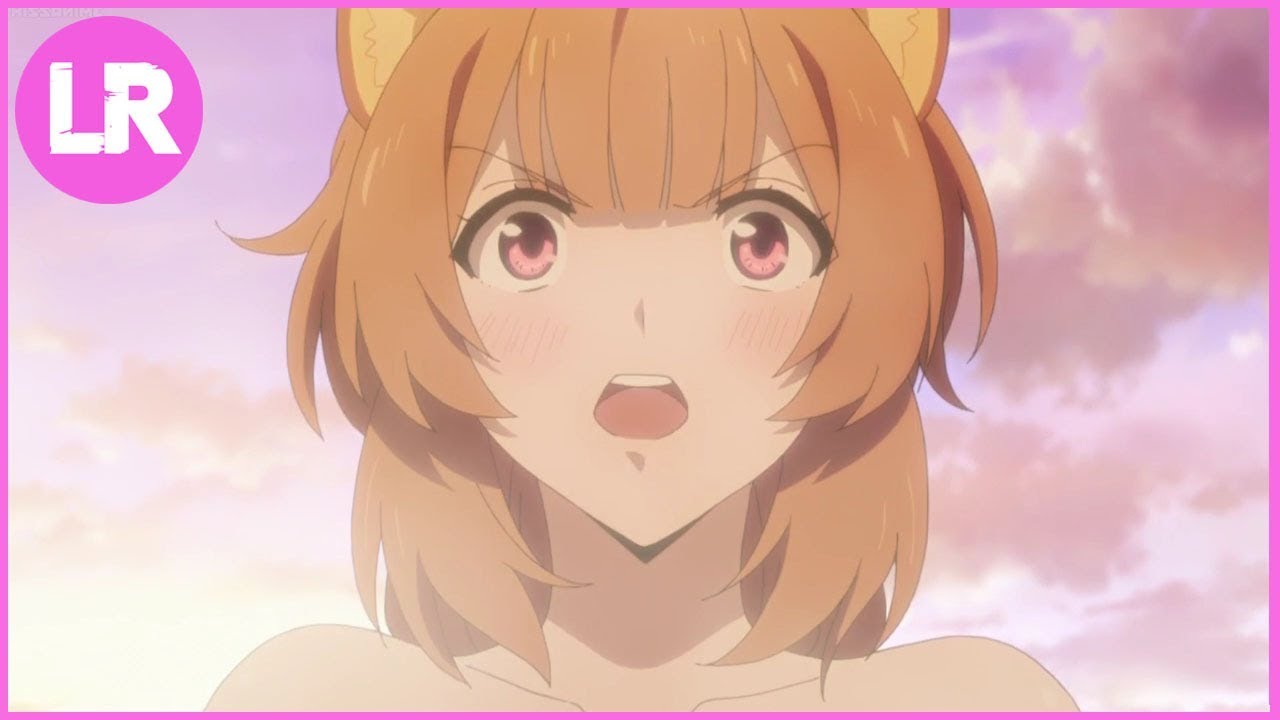 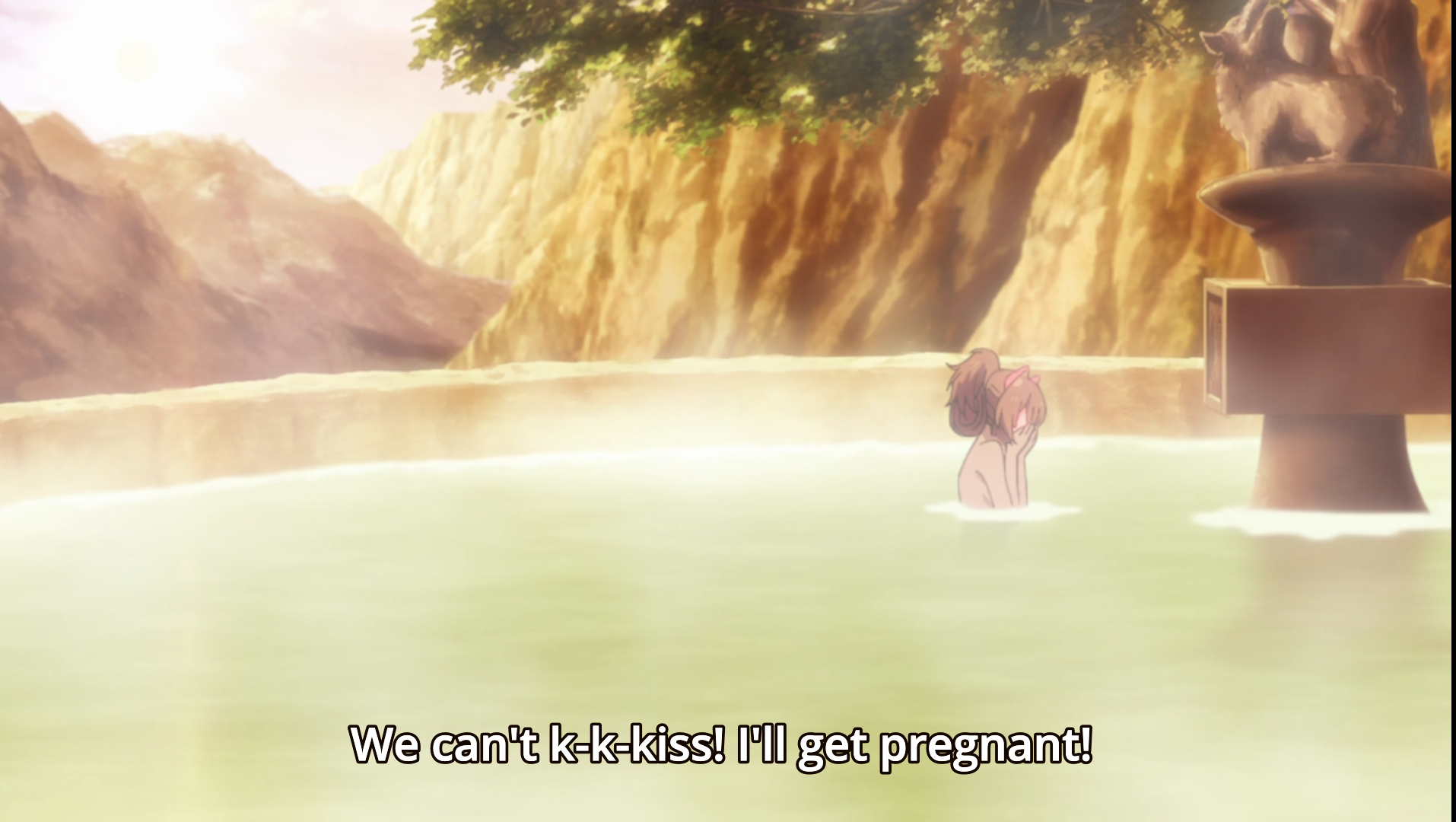 I’d be remiss if I didn’t mention this–by the way, these images are from an earlier episode.

She may have the body of a full grown woman but her maturity level is still that of a child or teenager in some regards. Technically, she’s over 18 now and not just because of the RPG mechanics. She ages faster simply being a Demihuman. She does crush on Naofumi but is smart enough to keep her feelings to herself…for now. Several episodes later, she learned Filo isn’t a love rival after all though they do compete for his affection. She has resolved to get him to see her as a woman though.

Before I forget. Naofumi can’t use any weapons other than the Shield because he is The Shield Hero. Because of this, he needed someone to form a party with who can fight. After being screwed over by the royal family for the first time, Naofumi meets the Slave Merchant. We now know the tme between when she was in the dungeon and met Naofumi probably wasn’t that long since she got sick while she was in the dungeon. Naofumi buys Raphtalia, gives her medicine and starts training her to fight. After the second incident involving the royal family, Naofumi buys a monster Egg and Filo is born not long afterward.

While it is true Raphtalia and Filo both have a Slave Crest, he’s only invoked it once with each of them. He used Raphtalia’s once when she was still a child while training her to fight and once with Filo because the group was being chased and they couldn’t find her otherwise. It definitely was a real head-scratcher when Raphtalia asked to have her Slave Crest re-applied after it was removed. That’s love for you I guess.