…Yet I’m not entirely devastated. Why? Because I planned for it when I decided to buy my desktop PC the year before buying it. Losing my laptop means I can no longer play Diablo III or World of Warcraft. It also means I’ve lost my primary streaming device for Crunchyroll, WWE Network, Viki, Asian Crush and Xfinity. I decided back in 2013 that I would always have both a laptop and a desktop at the same time at home specifically for situations like this.

In a nutshell, I’ve only lost access to a handful of pictures from my digital camera since I hadn’t backed them up after I put them on my laptop earlier this year. Actually, I’ve lost nothing since the hard drive is fine. If I can get an enclosure or the right cable, I can remove the laptop’s hard drive and recover my files. No rush. In exchange for losing my laptop, I got a Blu Ray Player yesterday. Basically, I am taking steps to mitigate no longer having the use of my laptop.

Is it fixable? Nope, only the hard drive is salvagable and that can wait indefinitely. If anyone is interested in helping me get a new laptop, you can donate money through PayPal. If you’re open to ordering a laptop and having it shipped to me, feel free to let me know also.

That aside, I obviously still have my desktop. Eh…for now anyway. The thing’s a toaster but it’s better than nothing. Man, do I not miss the 2000s when I had to struggle to just turn on my old laptop. I stopped using it for resource-demanding games and it’s not powerful enough to run Guild Wars 2, Civilization V, Destiny 2, World of Warcraft or Diablo III (all of which I have). The CD drive in my dekstop stopped working years ago, too so it’s not good for serious gaming overall. So, I would eventually want to get a more powerful desktop in the future too.

…That said, I have more pressing priorities than buying two new computers. Namely getting stable income first, my own apartment second and going back to college third. This is also why I haven’t been doing alot of blogging for much of the year. Fortunately, it doesn’t cost me anything to keep this blog online. 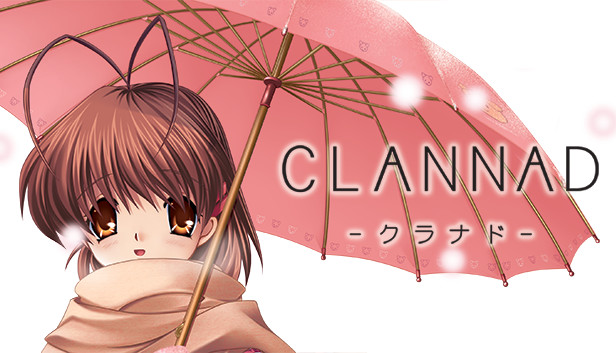 …It will be the visual novel.

Not just the main one but Tomoyo After, which I actually haven’t played much. I got both from Steam along with a few other VNs I haven’t even played yet (!).

I will do the Canon Pairing (Nagisa) as well as After Story before I dig into Tomoyo After. It’s been almost two years since I last played either VN (shame on me, I know) and that is why I have decided to mark Thanksgiving Day by playing them. Of course, I also have Clannad + After Story on DVD but I will binge it after I buy a Blu Ray Player hopefully sooner than later.

If for some reason you haven’t played the Visual Novel yet, it’s on Steam and has been for 3 years now!