…The funny thing is I received the email announcing the price change 15 minutes after I got a Roku Friday morning. As I announced right after I did it, I bought a 12-month subscription in December. Crunchyroll went on to mention in the email those who are current subscription holders will NOT see the price jump until May 2020. What this means for me is when it’s time for me to renew this coming December, I will pay $60 like I did last year. Next year, the price is will be $80.

Note that this is only for the annual Premium Subscription. The Premium+ Subscription as well as recurring monthly subscriptions are not effected by this from what I can find. We can only speculate the possible reasons for the +$20 price increase but I still plan to renew at the new price. For what you get, it’s worth it. More so with the new anime coming next year as well as the anime getting a new season next year.

I mentioned at the top I just got a Roku. I no longer need to use my Playstation 4 to stream Crunchyroll, Viki, Asian Crush and other stuff. Now that I do have a Roku, I can use the Xfinity App to once again watch Adult Swim on TV. I haven’t really watched much in part because my laptop broke but also because I can watch the current lineup on Crunchyroll Subbed anyway. Next month, the Spring Season Premeires for several Anime are supposed to begin. Most notably Attack on Titan’s Season 3 resumes so…yeah. While yeah it will likely be simulcast because of the previous deal between Funimation and Crunchyroll but you can still get the latest episode in advance on Crunchyroll. 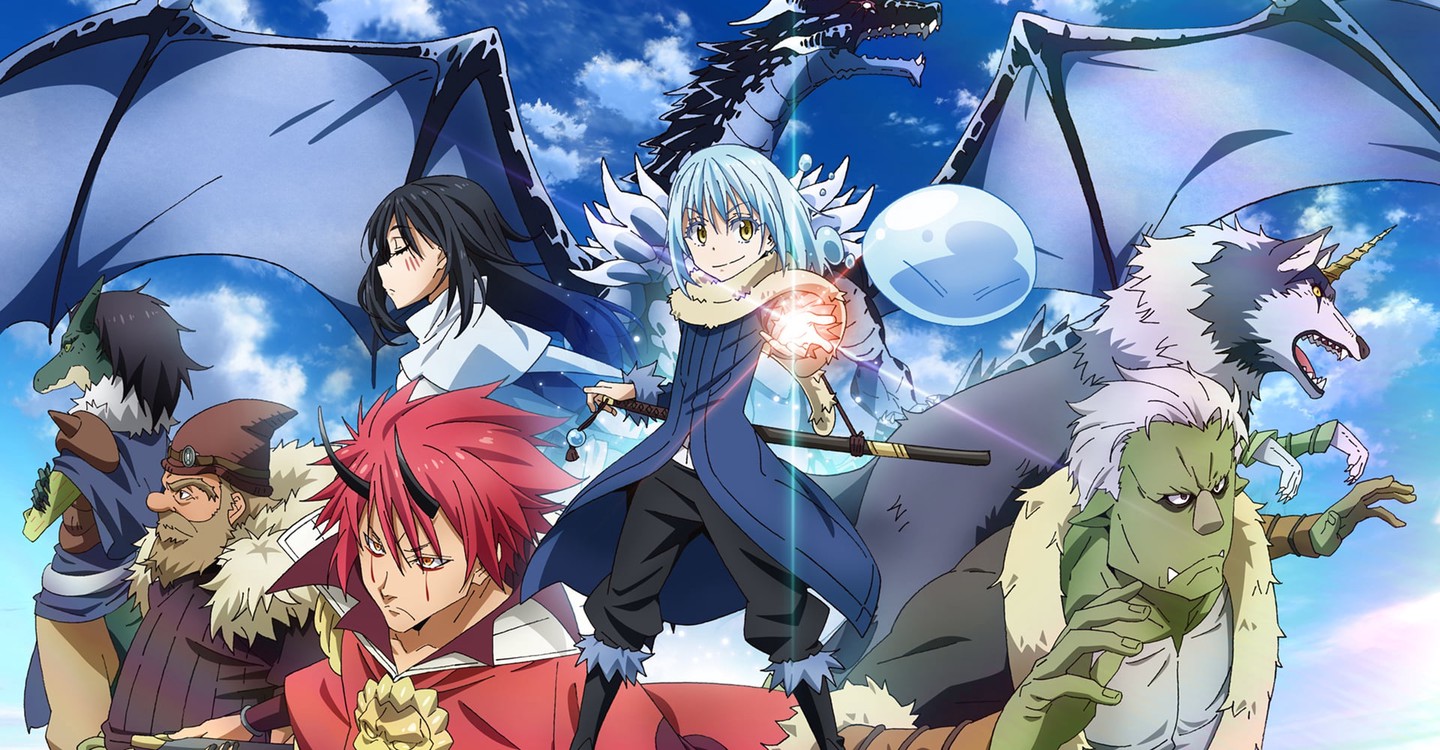 Anime News Network broke the news a short time ago!

The news of a second season being planned for 2020 comes almost a week after what will now be the first season’s finale. Two more episodes are scheduled to run but they will be specials. If you haven’t seen it yet, you can watch the season in its entirety on Crunchyroll.

It tells the story of a man who is randomly killed and then reincarnated as a Slime in a fantasy world. He quickly comes into his own founds a nation without even trying. Like The Rising Shield Hero, there are RPG references and elements in this Anime. There is PLENTY of material to continue this into a Season 2 and possibly even a third.

Whatever’s covered in the two special episodes not withstanding, here’s a few plot points that can be revisited:

These are just a few I thought of off the top of my head.

In short, a Season 2 is very good news for fans of the series. I have to do a better job of mentioning this in the future but this anime is based on a Light Novel of the same name.

Anime News Network reported Wednesday that Warner Media is consolidating its digital and broadcast assets into a single “Global Kids and Young Adults” Unit. This effects not just Otter Media–which is the holding company for Ellation, which is the parent company for Crunchyroll and VRV–but also Adult Swim, Toonami and Cartoon Network among others. AT&T bought Otter Media last year just before their merger with Warner Brothers was finalized. I reported on it when it happened but AT&T shut down Drama Fever as part of the consolidation process. A few other content providers suffered a similar fate.

Given that, many Crunchyroll and VRV subscription holders are understandably nervous Warner Media might decide to shut down VRV or Crunchyroll or both to cut costs. Some believe Funimation “suddenly” ending its partnership with Crunchyroll last year after just two years is a sign they don’t have a lot of confidence in Crunchyroll’s new owners. Funimation made the call shortly after the merger was finalized much to Crunchyroll’s surprise last year. I didn’t realize at the time the merger may have been a factor.

As I announced before, I bought a 12-month subscription to Crunchyroll in December. I do think the concern is warranted but given Crunchyroll is a global powerhouse, I don’t think it’s any kind of trouble anytime soon. I would feel better if Crunchyroll broke away from VRV and became independent but given its value, I doubt Warner Media would just give it away.

As an aside and on a somewhat related topic, I do plan to buy a Roku very soon. That way, I won’t need to use my PS4 to stream Crunchyroll (as well as WWE Network) on my TV, which I have been doing after my laptop broke. I’ll use the money I planned to use to register for Anime Boston 2019 to get one. I would also be able watch Viki and AsianCrush once more–I haven’t watched either of them since my laptop broke (!). Later on once I have stable income, I’ll get a subscription with Viki at least. I’ll also renew my subscription with Crunchyroll when the time comes, too.

It’s not a decision I make lightly as I consider it a 3-day vacation when I started going. I have gone every year since 2010 and I was a panelist from 2012 to 2016. Speaking of AB2016. It was the last time I was in this position. I had just enough money to pay to go but no budget for anything including food the whole weekend. I still went because I was a panelist that year and knew I would get the registration fee refunded a few months later. I was on a longterm unpaid leave of absence from work at that time and ended up resigning later that year. The following two years, I had the two largest budgets ever for Anime Boston. I bought 8 Anime sets in 2017 and that is a record I doubt I’ll approach again anytime soon. Last year I bought two anime but it was the first time ever I actually bought mega popular anime when they were current at the time: Yuri!!! On Ice and Your Name.

This year, I can safely say I can come up with the money to go to AB2019 but the loss of my laptop last November means I will not be able to be a panelist this year. I wasn’t a panelist at AB2017 and AB2018 but my large budget both years offset that. Not so much this year. Even though the annual convention is something I’ve looked forward to every year since 2010, I just can’t justify going this year knowing I both have no budget while there and I will not be a panelist.

Comicopia, which I buy Manga from every year during the convention is a few blocks away in Kenmore Square. I will miss the super discount they have the last day of the convention but I’ve been to the actual store several times and know the owner, Matt. I will definitely drop by to try to get some more new volumes of Manga I currently own. I’m currently on track to make Attack on Titan the fourth Manga series I get every volume of. I have the complete sets for Death Note, Code Geass and Fullmetal Alchemist currently. I also have the complete DVD set for Death Note and the complete Blu Ray set for Code Geass. So…yeah.

Hopefully, things will be better for me financially next year. More pressing priorities demand I pass on going this year more or less.