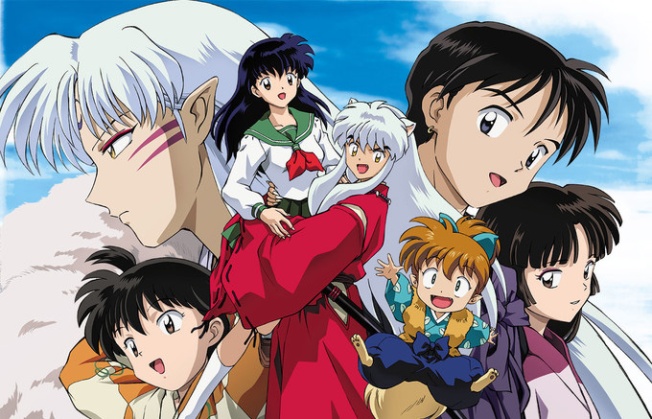 I meant to do this a while back but now that I am currently watching the entire series on DVD again–all 194 episodes plus the four movies and yes, there ARE movies–I can more accurately post the major story arcs in each season. I will try to post them in order and more importantly, try to keep the spoilers to a minimum when possible. Even so, major spoilers should be assumed.

If you’re thinking of buying the series on DVD/Blu-Ray or digitally, this is a handy guide to have.

In Season 2, more about the Tetsusaiga and Tenseiga are revealed. Koga and some of Naraku’s incarnations are also introduced. Kikyo’s connection to Naraku is explained and it is revealed Inuyasha still has feelings for Kikyo, which puts Inuyasha at odds with Kagome.

The third season builds off the one before it in a few ways. More about Naraku is revealed and Inyasha and Sesshomaru end up working together on two separate occasions. Sango and Miroku also begin to recognize their feelings for each other.

With Naraku out of the picture, most of this season is filler and character development. As a side effect of Naraku’s absence, demons that were laying low are now out in the open.

After being absent from the story in Season 4, Naraku is slowly reintroduced in this season. Much of this chapter is dominated by the Band of Seven storyline. You could call it a miniseries if it wasn’t a whole season’s worth of content.

Things are slowed down after how plot-heavy Season 5 was. Much of the season is filler though it is revealed Naraku has collected almost all of the Sacred Jewel Shards.

The final season of serialized Anime series. At the time it joined the likes of Dragonball Z, Dragonball, Digimon, Gundam Wing and Pokemon as one of the longest syndicated anime. What would be the final season for almost 10 years came a few years before Naruto’s premiere so…yeah. The second half of the season is notably rushed. From what I recall, the studio was running out of money and was rushing to finish the season. While it clearly isn’t the end of the story, they did their best to give the anime “closure”.

While the Manga had long since finished, fans wanted the Anime to have closure as well. There would be an 10-year wait before The Final Act made it premiere in Japan. For the English Dub, Kagome, Rin and Sesshomaru’s original voice actors were no longer available so they all have new voice actors in The Final Act. The new voice actors do sound pretty close to the originals, though. The DVD/Blu-Ray release broke it into two parts but for this, I am giving you an outline of the whole thing at once.

This took me 7 weeks to write as I watched the entire Anime series while I was writing it. I will eventually move this to its own page but I’m parking this here for now. I don’t usually do this but due to the massive amount of time this took, I’m gonna leave this unfinished for now and revisit it another time. I will give it its own page before I revise it though.
I have so many other things on not just Anime/Manga but my other blogs I have to catch up on. LOL.